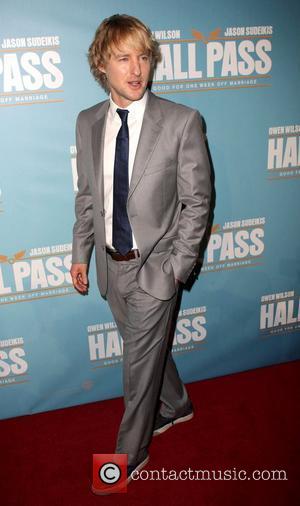 Owen Wilson demanded a closed set while filming with two naked men in Hall Pass in a bid to prevent crew members snapping secret photos of the saucy scene.
The Farrelly Brothers tested the funnyman's limits in their new comedy, which sees Wilson's character pass out in a hot tub only to wake up next to a pair of nude strangers.
And the filmmaking siblings reveal the actor felt "really uncomfortable" during the difficult shoot.
Bobby Farrelly explains, "Owen usually has a great sense of humour but he briefly lost it for that scene. He insisted on it being a closed set. I think he was worried what people might say if the pictures ended up on the internet.
"We tried to get the scene done as quickly as possible because I think it was really uncomfortable for him."