Actor Owen Wilson Narrowly Avoided Detainment In Thailand During Filming For New Action Thriller No Escape, After Posing For A Fan Photo While Unknowingly Wearing An Accessory Associated With Rebel Protesters. 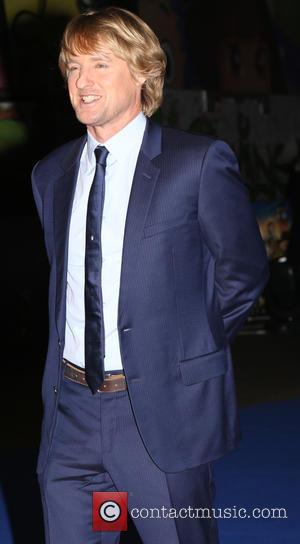 Picture: Owen Wilson - Stars from the latest in the Night at the Museum series of movies 'Night At The Museum: Secret Of The Tomb' were...

The Wedding Crashers star reveals he had just wrapped up his stint in Thailand for the upcoming movie early last year (14), when he granted a fan's request to stop for a picture with their child, who handed him a whistle on a blue, white and red-striped strap to wear for the photo.

The snap was posted online, and Wilson was shocked to learn he could face trouble with customs officials upon his departure from the country after putting the whistle around his neck - because it suggested he was a supporter of the movement seeking to have then-Prime Minister Yingluck Shinawatra ousted from office.

He explains to U.S. talk show host Jimmy Kimmel, "We filmed in Thailand and it's a wonderful country and great people (but) there was some protest going on during the filming, kind of continued on for months... There was something, I guess they don't like... the Prime Minister... and it was like a big protest movement.

"The day that I was leaving, somebody asked for a picture and gave me something to put around my neck... I guess this thing that I put on identified me with the rebels - I'm not kidding. All of a sudden, they (authorities) were calling the prime minister's office saying that I was going to be detained from leaving (sic) because these colours and that whistle meant that I was siding with the protesters."

Wilson managed to leave the country without any issues, but he admits he's learned his lesson next time someone tries to hand him something to wear, adding, "You have to be so careful."

Shinawatra was removed from office in May, 2014 and was subsequently found guilty of charges of abuse of power.

Ironically, No Escape is about an American family living in Southeast Asia when they become caught up in a coup and desperately try to get to safety.