Owen Wilson Loved Being A Geek 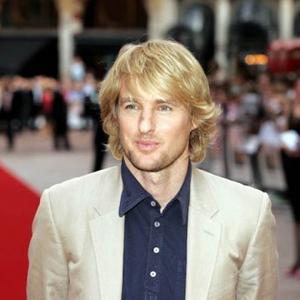 The actor - who is reputed to be a party animal in real life - confessed he relished the opportunity to tone down his image and not feel "very sexy".

He said: "I think that one of the things that you guys had in mind when you talked about me playing the character was having a real look for the guy.

"I remember my older brother, who's actually in the movie, coming to Atlanta where we filmed and just seeing me in my wardrobe and he just went, "You look so bad." Just putting on the clothes just made you feel like, 'God, I've got no game.' "

"When you've got pleated jeans and these kind of orthopaedic-type shoes, you don't feel very sexy."

Owen stars alongside Christina Applegate and Stephen Merchant in the comedy about a man who is allowed to cheat on his wife, and he loved getting the chance to improvise on the set.

He said: "Everybody was really comfortable trying to come up with stuff, but it seemed like when I read The Script, I just thought it was really funny. It's nice when you're working on something that you don't feel like you're having to change and try to come up with something. We always had a good base and then from there you could kind of improvise.