Owen Wilson Has Opened Up About His Father's Battle With Alzheimer's Disease, Confessing "It Is A Rough Thing" Seeing Him Deteriorate. 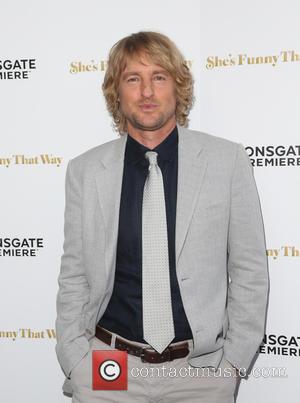 The Wedding Crashers star finds it tough to accept his dad Robert A. Wilson, a 74-year-old Texan businessman, now requires 24-hour care at his home as his condition worsens.

The actor tells the Dallas Morning News, "It is a rough thing... It's one of those things where if somebody had said 10 years ago, when my dad and I were joking around, having a putting match, that this is the position your dad's going to be in, where he basically needs 24-hour care, you'd think, 'Gosh, I won't be able to handle that. That's just not possible'... But it does happen. Such things just happen in life. You just have to do your best to deal with it. You've got no choice but to accept it. And then, you sort of still look for the things to be grateful for. He is at home, taken care of, and he has people around that love him.

"For me and my brothers, there just wasn't a bigger influence on us. Maybe it sounds trite or something, but I really believe that his spirit gets carried on through me, the way I like to joke around."