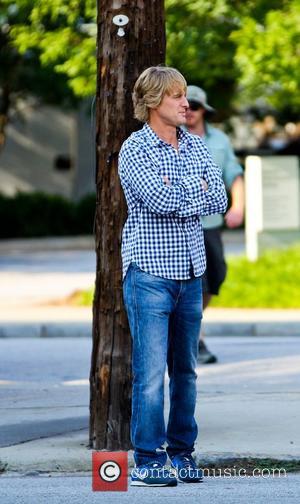 Picture: Owen Wilson on the film set of his new movie 'The Internship' in Atlanta Atlanta, USA - 23.08.12

It’s a safe if uninspiring partnership: Owen Wilson and Vince Vaughn are back together as co-stars in new movie The Internship, which debuted its first trailer earlier this week. We all remember the pair’s previous jaunt together, as cheeky guys out to get laid at weddings in The Wedding Crashers, and we wouldn’t expect the humour for The Internship to be too much different from that run out in 2005.

The plot stars the pair as salesmen Billy and Nick, whose careers are struggling with the digital world dominating sales. In order to prove to themselves that they’re not obsolete, the pair manage to get themselves onto an internship at Google where, playing their usual dopey, slightly slacker selves, they come up against some of the finest college minds in the USA. I know, larks right? The trailer certainly suggests it, with John Goodman also making an appearance as the boss of their failing company.

From the trailer it looks like a classic case of two generations colliding, with the tech-savvy college kids giving the 80’s film referencing Vaughn and Wilson the run-around. However, if we know how these films usually pan out – and we think we do – we reckon that the ageing salesmen might just have the last laugh. See for yourself below, the film is out in cinemas on June 7, 2013.