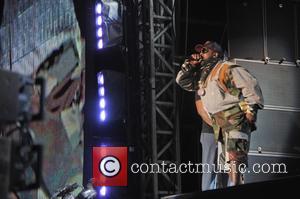 Outkast star Andre Benjamin had to perfect playing the guitar left-handed in just days after learning it would be too expensive to let camera trickery make him look like Jimi Hendrix on film.

The singer, aka Andre 3000, felt sure he'd perfected Hendrix's nuances and language for new biopic All Is By My Side until producers told him he'd have to learn to play the guitar just like the late rock great.

He says, "It’s almost the same as walking backwards!"

Benjamin tells ShortList.com the filmmakers were convinced they could just film him playing right-handed and flip the image to match Hendrix’s actual playing style.

He adds, "That meant we were going to have to change everything in the scene, which was really expensive. We got this information just a couple of days before I was supposed to go and shoot it. I was kind of bummed about it.

"I didn’t know if I could pull it off. At one point during the meeting, I was not going to do it. I was going to say, 'The movie’s not gonna work, because I don’t want to f**k Hendrix up and make him look terrible'. I hadn’t practised the left-hand thing once."

But hard work and dedication paid off and Benjamin is now an ambidextrous musician: "I just had to dive in with the few days I had before shooting. I think we had a week or two. I had to just practice every day left handed, until I could get it to a place where I felt comfortable enough to do it."