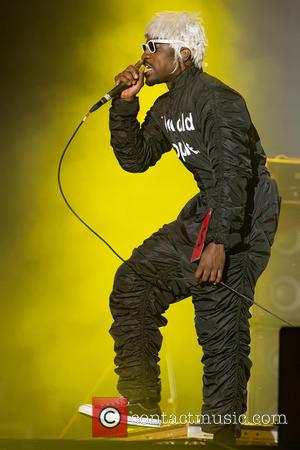 The Ms. Jackson hitmaker, who will mark the age milestone in May (15), is convinced hip-hop is a young man's game and he confesses he can no longer keep up with his new peers.

Andre 3000 reveals he recruits his teenage son Seven, with R&B singer Erykah Badu, to critique his verses on tracks by artists like Beyonce, Lil Wayne, Chris Brown and Frank Ocean, because he is no longer sure what will be a hit with young fans.

He explains, "I struggle with the verses. I don't sit around and write raps, I just don't. Now the only time I'm really inspired to write raps is if an artist that I enjoy invites me to their party. So if Future calls and says, 'Hey man, I want you to do this,' I don't want to let Future down. I don't want to let Lil Wayne or Drake down, because I love them...

"My son, he's 16. Him and his buddies, they'll be in the car, and I'll say, 'Hey, what do you think about this verse?' That's my gauge at this point. I don't have the pulse. Part of art is knowing when not to put paint on. And when to change your medium."