Oscar Isaac to star in X-Men

'Star Wars: The Force Awakens' actor Oscar Isaac has been cast as the main villain in 'X-Men Apocalypse'. 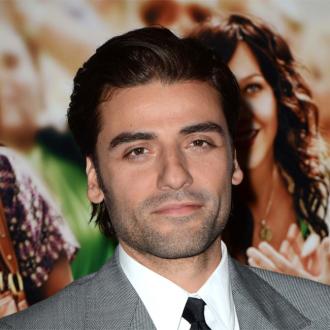 Oscar Isaac is to star as the main villain in 'X-Men Apocalypse'.

The 35-year-old actor has been cast by Bryan Singer in the superhero sequel - the follow-up to 'X-Men: Days of Future Past' - as a new powerful mutant who awakens in 1983 with the aim to conquer humanity.

Isaac's as-yet unnamed character will battle the First Class squad, which will include the return of James McAvoy as Professor Xavier, Jennifer Lawrence as Mystique and Nicholas Hoult as Beast.

Other stars rumoured to up for roles in the movie, include Chloe Grace Moretz, Elle Fanning, Hailee Steinfeld, Ben Hardy and Timothee Chalamet.

There are no details of which characters they may play, but actors will need to be cast as Jean Grey and Cyclops now they have been restored to the timeline by the actions of Wolverine and the other X-Men in the last film.

Singer is due to start shooting the Marvel comic book blockbuster in Montreal, Canada, in April 2015 and the film has a tentative May 2016 release date.

Isaac recently wrapped shooting on 'Star Wars: The Force Awakens' - although very little is known about the character he will play - while he can next be seen in 'A Most Violent Year'.