'W.E.' star Oscar Isaac was nervous about taking his clothes off in front of Madonna on the set of the movie in case she ordered him to the gym. 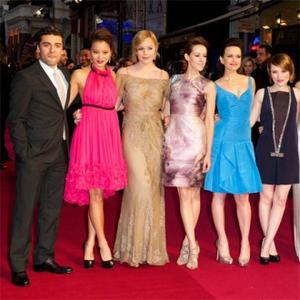 Oscar Isaac feared Madonna would send him to exercise boot camp to prepare for his sex scenes in 'W.E.'.

The actor plays the part of bodyguard Evgeni in the new movie - a two-tier tale about Britain's King Edward VIII's romance with Wallis Simpson and a modern story about a woman named Wally - and he admits he was terrified about stripping off for his love scenes with co-star Abbie Cornish because the super-fit singer-turned-director was watching.

Speaking on the red carpet at the UK premiere of his new movie 'Sucker Punch' at the Vue cinema in London's Leicester Square last night (30.03.11), Oscar told BANG Showbiz: "I play a security guard that Abbie's character Wally Winthrop falls in love with. We have a romance. That was one of the more intimidating moments. I had to take my clothes off in front of Madonna. I thought she was going to order me out of the room - 'Get out and get to the gym!' "

Despite his concerns, the 31-year-old hunk had a good time with Madonna - who has launched her own chain of gyms, entitled Hard Candy Fitness - on set after he got over his initial nerves.

Oscar - who stars alongside Vanessa Hudgens and Jena Malone in fantasy action movie 'Sucker Punch', which is directed by Zack Snyder - said: "Madonna was great. It was intimidating but she's a pretty amazing woman. Is she a diva? I was hoping she would be one. She's actually very self-deprecating and really funny. She's actually very open." 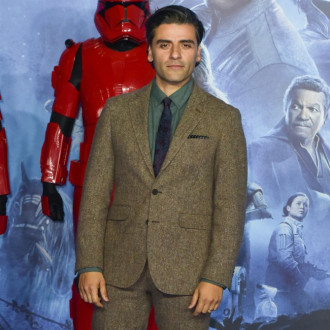