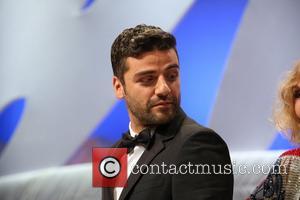 Rocker-turned-actor Oscar Isaac has adopted a new style of guitar playing in his music after having to learn the skill for his new film Inside Llewyn Davis.

The former punk star portrays the title character in the Coen Brothers' upcoming movie, about a struggling folk singer trying to make it in 1960s' New York, and his preparation for the acting job has come in handy for his own stage career.

He tells New York magazine, "For the movie, I had to learn this way of playing guitar called 'Travis picking', where your thumb is like the metronome, and you're playing the bass line and the melody at the same time. It's this very tricky, syncopated style of playing, and once I locked in to it, I haven't been able to get out."