The 'Citizen Kane' director's final unfinished film could the most anticipated release of 2015 for film buffs.

One of the great long-lost movies of all time could at last be set for release in 2015. Legendary director and actor Orson Welles’ unfinished final film The Other Side of the Wind is mooted for a full theatrical release by May 6th, the 100th anniversary of his birth. Veteran producer Frank Marshall has apparently joined forces with Royal Road Entertainment in order to approach the heir of Welles’ estate – his daughter Beatrice – and his old collaborator Oja Kodar to secure the rights to the unfinished film. With the help of modern production and editing technology and Welles’ extensive notes that he left behind, missing and half-finished scenes will be restored.

Welles had secured financing through a complex series of investments, including a deal with the brother-in-law of the old shah of Iran. It is this pile of financial entanglements that has prevented The Other Side of the Wind from seeing the light of day.

The film, which Welles shot between 1970 and 1976, is supposed to have been inspired by his meeting with the novelist Ernest Hemingway in 1937 in which the two got into a drunken brawl. In it, the protagonist John Huston is a perfectionist, unpredictable film director struggling with Hollywood executives for creative control of a film he’s working on. It’s hard, therefore, not to see The Other Side of the Wind as autobiographical, as Welles himself often got frustrated by outside interference in his work.

Welles died in 1985 having never finished the movie. He did, however, leave behind two of the most influential films in the history of cinema: Citizen Kane (1941) and The Third Man (1949). If you’ve never seen either, we absolutely promise you that you’ll love them.

As a radio broadcaster, he was responsible for ‘The War of the Worlds’ in 1938, whose depiction of an alien invasion seemed so vivid to listeners that other broadcasters actually reported the incident as if it were real and caused a public panic. 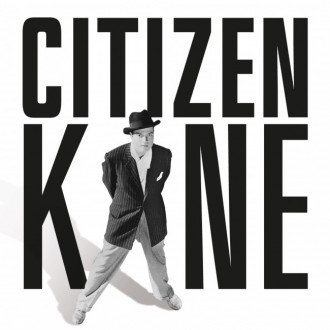