Orlando Bloom has reportedly enjoyed a string of dates with Demi Moore after being introduced by their mutual friend Jennifer Aniston. 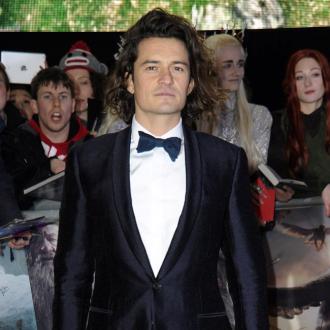 The 'Lord of the Rings: The Fellowship of the Ring' star and the 52-year-old actress are believed to have grown close after being set up by their mutual friend Jennifer Aniston and have bonded over their passion for the spiritual exercise class.

A source said: ''They are both deeply spiritual characters who love yoga, meditation and new age philosophies. They've both been initiated into spiritual practise Usui Reiki and have started to practise on each other.''

Orlando, 38 - who split from his wife Miranda Kerr in 2013 - is said to be casually dating Demi, who ended her six year marriage to Ashton Kutcher the same year.

The source said: ''At this stage it's a casual thing, nothing serious and it's not yet exclusive. But they've enjoyed several low-key dates together and the potential is definitely there for something steadier.''

The brunette beauty has grown fond of Orlando's positive attitude and believes he will be a good influence over her and her daughters Rumer, 26, Scout, 23 and Tallulah, 21, from her marriage to Bruce Willis.

The insider told Grazia magazine: ''The thing Demi loves the most about Orlando is how positive he is. His uplifting influence is just what she feels she needs, as do her daughters - particularly Tallulah.''