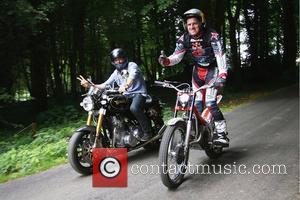 Orlando Bloom's wife pregnant wife Miranda Kerr has reportedly gone into labour in Los Angeles.
The Hollywood actor married the Australian model in a secret ceremony in California in July (10) and they subsequently confirmed they are expecting their first child.
Kerr began experiencing contractions the day after Christmas (26Dec10), but it proved to be a false alarm, according to Australian newspaper The Daily Telegraph.
But the publication reports Kerr went into labour for real on Friday (07Jan11). An unnamed family member says, "We did get a text on Boxing Day (26Dec10) saying she had gone into labour but it was false alarm but I can confirm she did go into labour early this morning. I have been trying to get in touch with (Kerr's parents) but everyone's phones are going to message bank.''