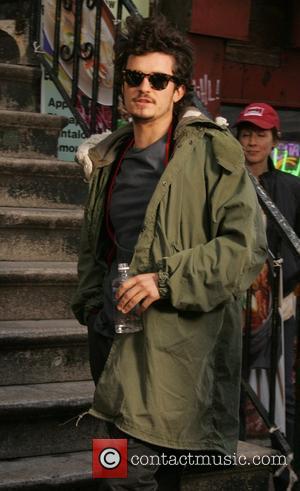 British actor Orlando Bloom has fulfilled his childhood fantasy of being Errol Flynn while filming a swashbuckling stunt on the set of Pirates Of The Caribbean: DEAD MAN'S CHEST. The 29-year-old was thrilled at the opportunity to mimic big-screen legend Flynn's jump from a mast. During shooting, one scene required Bloom to plunge a dagger into a sail and then slide down it. The star says, "It was one of my boyhood dreams to copy Flynn. I was harnessed to wires to stop me flying off the sail - but it was tricky. "I was only 20 feet from the ground, rather than 100. I jumped from the mast and landed on the sail. I didn't even think about it going wrong."