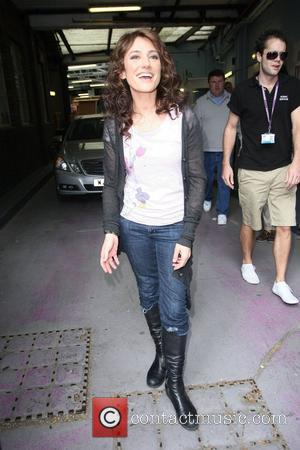 Orla Brady feels like she's getting better with age, the actress who turned 50 in 2011 admitted in an interview that she finally feels comfortable in herself. Brady's best known for her role playing Siobhan in the Bbc program 'Mistresses,' a role that's finally seen her gain substantial recognition after years of playing bit part roles including US shows like 'Nip/Tuck.'
Talking to the UK's Daily Mirror newspaper, Brady commented "Things have got better for me as I've got older, I have a sensible head about how your looks change and I get used to things very fast." The star went on to comment on how she's accepted her body getting older too, specifying her face and describing how it was a battle for her to not think it looked ugly. "I see things changing in my face and after a short time I accept it. I don't say, 'Damn it, I've got bags under my eyes now.' I just think, 'There I am. That's my face.' I used to hate my face so much [though.]That was in my teens and 20s. Slightly less in my 30s, much less in my 40s and now I really don't mind what I see."
Irish-born but now living in Los Angeles, Brady also praised her husband Nick Brandt for her current contentment in life, commenting "I knew very quickly he was the right one - within weeks - and he knew with me. When he asked me to marry him I remember thinking, 'I would like to. And I would like to not have to call him my boyfriend'."