Oprah Winfrey had to hold showdown talks with Lindsay Lohan over her upcoming $2 million reality show after growing concerned the troubled star had gone off the idea of the eight-part documentary. 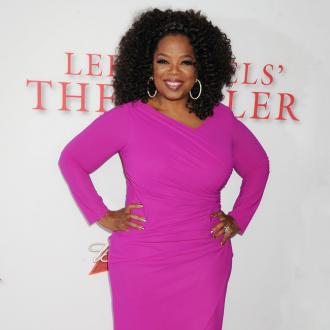 The troubled starlet has signed a $2 million deal with the talk show host and her OWN network to make an eight-part documentary on her controversial career, but Oprah had to hold showdown talks with the actress after growing concerned she wasn't going to put enough effort into making the programme.

She said: ''There was a lot of chaos going on. So I went to have a conversation, a real conversation about that, to say to [Lindsay], 'Do you want to do it? Because if you don't want to do it, that's OK. We could just end it. We don't have to do it.'

Oprah was so concerned about Lindsay's show she drove over to see the 27-year-old beauty - who completed 90 days of court-ordered treatment in rehab at the end of July - and warned her she would pull the plug on the upcoming documentary unless she showed more enthusiasm about the project.

Speaking to 'Access Hollywood' in an interview due to air on September 24, she added: ''I went to her house just to say, 'What are you doing? Let's get real here.' And ... 'This is what's conflicting about it.' Because it's television and we stand to gain if it does well.

''I said, 'If I get here and Lindsay isn't serious, I will shut this thing down today.' ''