Oprah Winfrey, Hillary Clinton and Michael Douglas surprised Barbara Walters on her final episode of 'The View' before she retires from broadcasting. 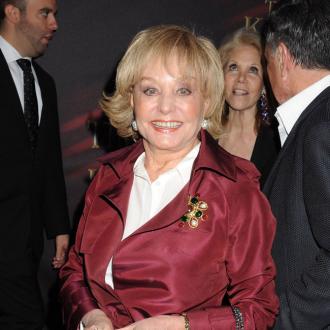 Oprah Winfrey and Hillary Clinton surprised Barbara Walters on her final episode of 'The View'.

The veteran American broadcaster will retire today (16.05.14) at the age of 84 and she was joined by a host of A-list stars, including Michael Douglas, who helped bid farewell to the star at the taping of her last episode yesterday (15.05.14).

Barbara struggled to hold back the tears as Oprah, 55, brought out 25 female news anchors - including Katie Couric and Diane Sawyer - who have all been inspired by her six-decade career.

She told ABC News: ''I was teary. But I wasn't going to cry because I was really very happy.''

Barbara, who created 'The View' in 1997, said her final show was the perfect ending to her TV career.

She added: ''There's no such thing as perfect but I can't think of anything that was lacking. It was unexpected! I did not expect Hillary Clinton to show up. I did not expect all of these women in broadcasting to be there. They all had to take time out of their day. I did not expect Oprah Winfrey to leave Chicago, with everything she has to do and come here.''

The TV veteran refused to say goodbye to her viewers as she signed off her final episode, instead leaving her speech open-ended.

She said: ''Thank you, thank you. But who knows what the future brings? Instead of goodbye, [let's] say, I'll be in touch. See you later.''