Oprah Winfrey Isn't Fazed By Turning 60: "Every Year Can Be A Brand New Journey."

The media mogul preaches age is just a number when featuring on a double cover of her own O Magazine's June issue. 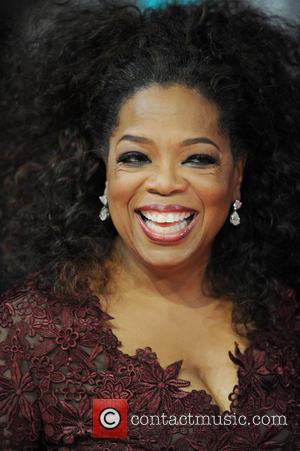 Oprah Winfrey may be 60 years-old but to her, age is just a number.

The media mogul used her own O Magazine to showcase how aging can be embraced and accepted, but this is easy to say when time doesn't seem to be catching up with you.

Featuring in the new double cover of her self-titled O, Winfrey looked beautiful while sporting a figure-hugging long red dress by Badgley Mischka, which she describes as "fabulous."

The famed television host also wanted to tell her fans how getting older can be seen as a positive thing.

"One day I literally woke up and thought 'My god, these knees have been with me for 60 years. Wow! I've had these elbows for 60 years. My heart has been beating for 60 years. The feet I stand on have carried me for 60 years.' And when you think about it that way, you can be nothing but grateful," she explains.

As well as recently reaching the milestone birthday, Winfrey is also "celebrating the process with vibrancy and vigor and grace," which is also her reasoning behind the mag's June issue on "aging brilliantly."

But how would someone go about "aging brilliantly?"

For a start, be like Oprah and don't fear the prospect growing older...because she doesn't.

"Call me crazy, but I've never really understood our culture's fear of getting older," Winfrey tells the mag. "The way I see it, every year can be a brand new journey. Think about it: You get one chance to be 25, 38, 44, 61 and every age before and between. Why wouldn't you want to experience all the wonder in each step on your path?"

Should everyone apply this philosophy? Find out when this issue hits the newsstands on May 13th