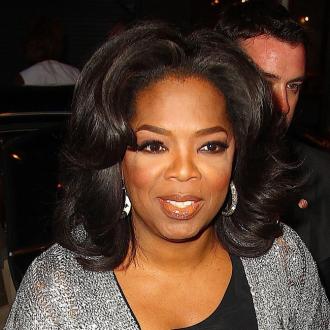 The chat show host plays the wife of Forest's character in upcoming movie 'The Butler' and Oprah thanked his real life spouse Keisha Whitaker for making sure he has excellent kissing skills.

In an interview 'CBS This Morning', her friend Gayle King said to Oprah: ''I can't wait to see you and Forest as husband and wife. There's a kissing scene you were talking about the other day. Did you feel all tingly?''

Oprah replied: ''I felt pretty good about it, let me just say. Forest is a good kisser, how about that?

The movie - which also stars Terrence Howard, Alan Rickman, Vanessa Redgrave and Jane Fonda - is based on the life story of Eugene Allen, who worked in the White House over the course of three decades.

'The Butler' is directed by Lee Daniels and filmed on location in New Orleans.

Despite quitting her successful chat show last year after 25 years to focus on running her own network, Oprah was recently named the highest paid celebrity for the fourth year in a row.

The media mogul earned $165 million between May 2011 and May 2012 to top Forbes' Highest Paid Celebrities list ahead of directors Michael Bay and Steven Spielberg, in second and third place respectively.