Oprah has thrown her support behind Hillary Clinton, the presumptive Democratic nominee for the presidential election this year.

“I really believe that is going to happen,” the talk show queen told Entertainment Tonight on Wednesday evening (June 15th), demonstrating serious enthusiasm for the possibilty of Clinton becoming the first female president in US history. “It’s about time that we make that decision.”

“Regardless of your politics, it’s a seminal moment for women,” she added. “What this says is, there is no ceiling, that ceiling just went boom! It says anything is possible when you can be leader of the free world.” 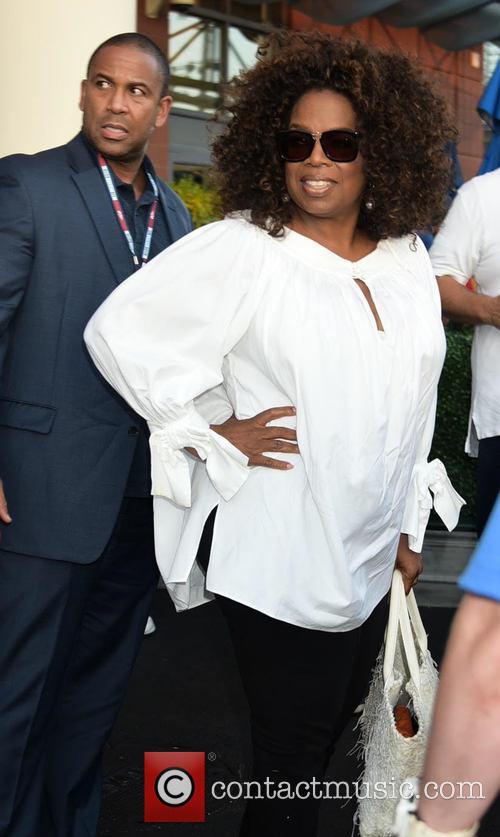 Winfrey re-iterated her support for Clinton, who has all but secured her nomination after a bitterly contested number of months against rival Bernie Sanders, on ‘Good Morning America’ on Thursday morning and pledged her help for the campaign out on the trail if she was “really needed out there”.

Despite Oprah choosing to endorse Barack Obama back in 2008 over Clinton’s previous campaign, she told Larry King that she has “not one negative thing to say about Hillary Clinton”.

“I have great respect for Hillary Clinton,” she explained. “I think I’ve said this before and it’s true: Because I am for Barack does not mean I am against Hillary or anybody else.”

It might be a bit of a blow for Clinton’s presumed Republican rival Donald Trump, who has previously floated the idea of a Trump-Winfrey joint ticket.

About a year ago, when The Donald announced he was running, he said that Oprah might help him “win easily, actually” in conversation with ABC News’ George Stephanopoulos, when quizzed about their friendship. “I think Oprah would be great,” he said. “I’d love to have Oprah... She’s great, she’s talented, she’s a friend of mine.”