"The Hundred-Foot Journey" is all comfort food and no spice, according to critics.

Oprah Winfrey and Steven Spielberg joined forces on the foodie comedy The Hundred-Foot Journey and celebrated the fruits of their labour Tuesday night at the Ziegfield Theater in LA. 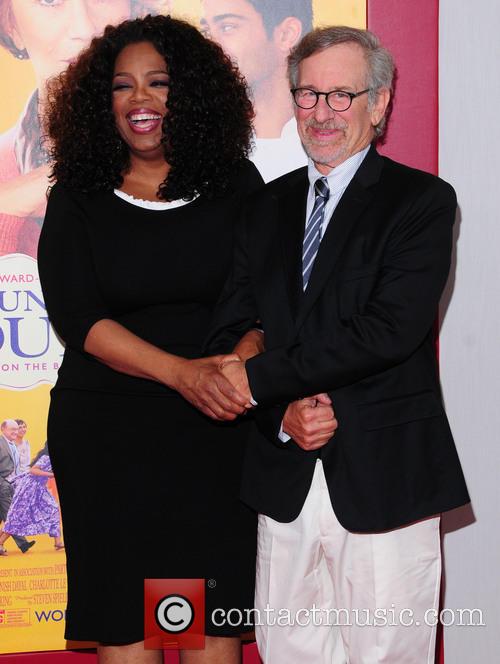 Oprah Winfrey and Steven Spielberg at the premiere of The Hundred-Foot Journey.

The movie tells the story of two rival restaraurants – a Michelin-starred French eatery and the quaint family-run Arabic place that moves in next door. The Kadam family is faced with tough competition in the face of their neighbour, Madame Mallory, but with the help of their culinary wunderkind of a son, Hasan and the budding friendship between him and Mallory’s sous chef Margueritte, an unexpected partnership blossoms.

Helen Mirren took on the steely-eyed Madame Mallory, while Manish Dayal and Charlotte Le Bon portrayed Hasan and Margueritte with enough humour and wit to turn the quaint story into a perfectly palatable comedy.

The film, based on Richard Morais’ 2011 novel of the same name, opens US theaters this Friday. So far, it has received lukewarm reviews from critics, who praise its “feel-good lesson in ethnic harmony” (Variety), but reviled its “essential blandness” (The Hollywood Reporter). So should you see it? Those readers, who still enjoy an occasional re-watch of Chocolat (you know who you are) are likely to get a similar kick out of this one. The rest might be better off seeing the Ninja Turtles rip through NYC or saving the ticket money to catch Sin City: A Dame To Kill For later this month. 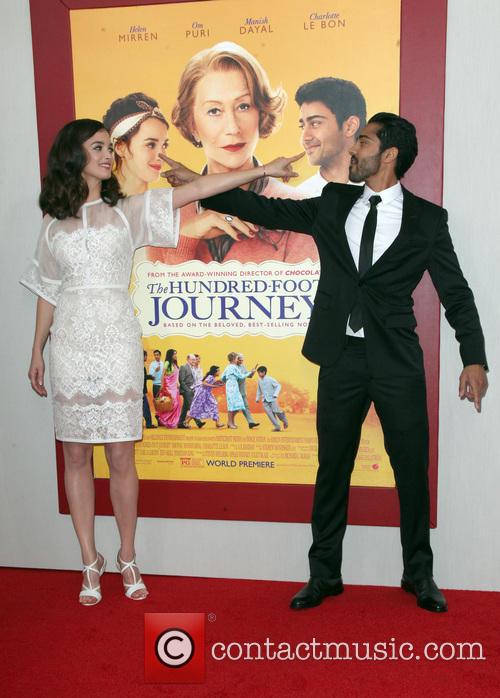 Charlotte Le Bon and Manish Dayal at the premiere a t Ziegfield Theater.