British actress Ophelia Lovibond ha been cast in a supporting role in James Gunn's 'Guardians of the Galaxy'. 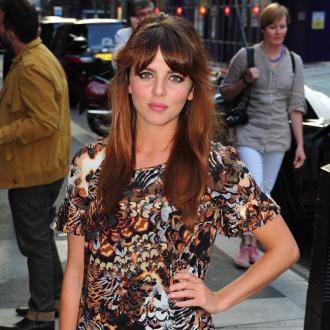 Ophelia Lovibond has been cast in 'Guardians of the Galaxy'.

The British actress has landed a supporting role in the forthcoming Marvel superhero blockbuster directed by James Gunn, according to The Hollywood Reporter.

Details on Lovibond's role are being kept tightly under wraps, but she isn't expected to play one of the key superhero characters in the space-set adventure movie.

The actress has previously had small roles alongside Jim Carrey in 'Mr. Popper's Penguins' and Ashton Kutcher and Natalie Portman in 'No Strings Attached', as well as TV show 'Titanic: Blood and Steel'.

Gunn confirmed last week that the film will star Chris Pratt as head Guardian, Peter Quill aka Star-Lord, Zoe Saldana as Gamora, Dave Bautista as Drax the Destroyer and Michael Rooker as Yondu.

He told BANG Showbiz: ''We haven't really come out with our cast. People have gotten a hold of some things. I will say this one thing; Dave Bautista is one of the most naturally gifted actors I have seen in my entire life. The guy has access to his emotions in a way I have seen very few people able to do.''

The film is expected to begin production in June.

'Guardians of the Galaxy' is due for release in August 2014.