The 21 year-old singer is "really angry" the rest of the band were asked questions about false rumours implying he has issues with drugs.

Zayn Malik was nowhere to be seen when One Direction kicked off their promotional tour for their newest album 'Four,' released today, with an appearance on the 'Today' show in Orlando this morning (Nov 17th), but this does not mean he has a drug problem! 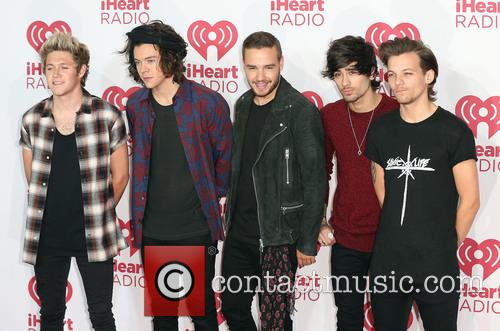 Prior to their performance, the 'Today' show host Matt Lauer quizzed the rest of the band about Zayn's whereabouts, and implied the 21 year-old singer was absent due to struggling with substance abuse issues.

Well, Zayn has now fired back and called out Lauer's misdirected questions. "I'm really angry and upset by what was said," he told The Sun. "I was really ill at the weekend, that's why I couldn't fly to America."

When Liam Payne told the morning show host that Zayn is missing their performance because "he's got a tummy bug," Lauer didn't seem to believe this explanation and responded, "Liam, there's obviously a lot of concern, a lot of fans have been tweeting overnight, there's been a lot of action on social media about him. Is it something more serious than just a minor illness? There have been rumors of substance abuse. What's going on?"

More: One Direction And Danny DeVito Monkey Around On 'Steal My Girl' Set [Pictures]

Zayn's rep also confirmed he is under the weather via a statement released to the Mirror Online, which read: "Zayn was taken ill after recording the Band Aid single at the weekend and was unfortunately not well enough to fly to the USA yesterday. He will join the band for promotion for the new album as soon as he possibly can."