One Direction's Zayn Malik has been accused of trying to convert young fans to Islam via twitter and his tattoos. 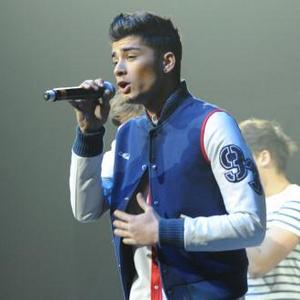 One Direction's Zayn Malik has been accused of trying to convert young fans to Islam.

An anti-Islam commentator has warned parents to ''keep their daughters away'' from the band.

In her American blog, Debbie Schlussel accused the 19-year-old, who has a British Pakistani father and an English mother, of ''pimping Islam'' to children.

However Zudhi Jasser, an American Muslim who frequently warns of Islamic radicalisation, rejected the claims, reports the Daily Star newspaper.

He said: ''I would say all the power to him to be respectful to his faith and be proud of it.''

Debbie also claimed his Arabic tattoos and social media use helped to promote the religion to his impressionable admirers.

She warned: ''He not only tweeted about fasting for Ramadan, but told fans that Allah is the only god and that only Mohammed is God's true prophet.

''Not the kind of thing you expect your kids to hear sandwiched in between cheesy, saccharin-sweet songs coming out of the mouths of over-moussed and over-gelled boy band tools.

''Keep your daughters away from Zayn Malik's enticing jihad.

''With the boy band One Direction, it's all about pimping Islam amid the deceptive visage of angelic, effeminate boys in a band. Yup, for them there is definitely One Direction: facing Mecca.''

She also said Zayn had been chosen to be the ''Islamic face'' of the band because record companies knew ''that Islam sells in Britain''.