Those One Direction boys have been making mischief in the desert with Danny Devito (and a chimp).

After keeping us waiting for weeks, One Direction have finally unveiled the video for new single ‘Steal My Girl’ and yes, it was definitely worth the wait. 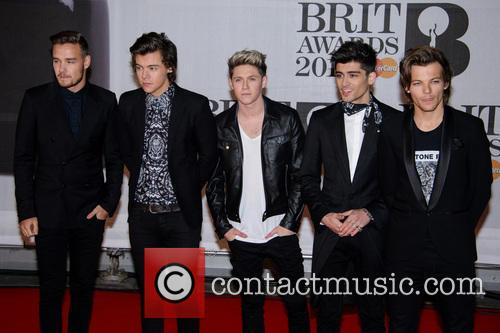 The One Direction boys are back

Featuring Danny DeVito as an eccentric apple eating director, the video sees the boys transported to the desert where Harry braves the heat in an eye catching leopard print coat.

The boys are then joined by a colourful cast of characters which includes sumo wrestlers, acrobats, Maasai warriors and ballerinas, as each One Directioner has a go at learning some new tricks.

However the video has faced criticism over two of its other stars (a lion and a chimpanzee) whose inclusion has angered animal rights organisation Peta.

Watch the video for 'Steal My Girl':

In an open letter to the band, Peta said they were "concerned about reports that a chimpanzee, a lion and other wild and exotic animals were used in a new One Direction video.” The organisation went on to tell the band, "We hope you'll consider removing the wild animal scenes from the final video and make the conscientious decision never to work with wild animals again.”

In a further statement released by Peta the organisation also alleged that "the exhibitor hired for the 'Steal My Girl' video, Steve Martin, has a history of violating the very minimal standards of the federal Animal Welfare Act (AWA).”

More: One Direction And Danny DeVito Monkey Around On 'Steal My Girl' Set [Pictures]

However Fulwell 73, the production company behind the video assured E! News that proper precautions had been taken. "We have the upmost respect for organisations such as PETA and Wild Futures, who we support greatly for their passion and incredible dedication," the company said in a statement.

"We vetted Steve Martin closely and chose him based on his exemplary treatment of animals, his highly regarded 'reward based' training, and his history in contributing to animal conservation educational programs," they added. Louis and Danny Devito monkey around

Elsewhere in the video, the grande finale comes when the boys are hit by an unexpected rain storm which leads to Harry Styles and his hair getting very, very wet.

‘Steal My Girl’ is taken from One Direction’s fourth album the imaginatively titled Four, which hits stores on November 17th.