One Direction "You & I" Music Video Released

The video for One Direction "You & I" has premiered, ahead of the singles release on May 25.

"You & I", One Direction's new music video, has finally been released. The video sees the five boy band members walking individually along the picturesque Clevendon Pier in Somerset. Each wearing a grey fisherman jumper, the boy’s faces are interchangeable throughout the video.  As each boy finishes singing, his face changes into another's.  At the end of the video all five appear on screen together.

The video wasn’t the only exciting premiere for fans of One Direction. Liam Payne debuted a rugged new beard, while Harry Styles looked increasingly Jagger-esque with his long curly hair.

The video for “You & I” was directed by Ben Winston, who has worked with One Direction on four other occasions. Winston directed the band’s documentary films, “This Is Us” and “A Year In The Making”. He was also the vision behind One Direction music videos “Story Of My Life” and “Best Song Ever.”

The song was co-written by Jamie Scott, Julian Bunetta and John Ryan, who have worked with the band on previous occasions.  The ballad looks set to tick all of the boxes favoured by fans of the boy band. 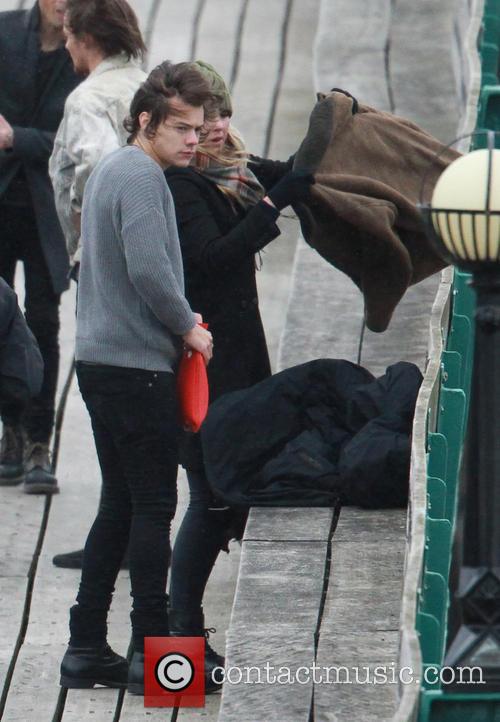 Harry Styles, pictured here, wearing the grey jumper that each band member wears in the video

“You & I” is the fourth single from One Direction’s latest album, “Midnight Memories”, and will be released on May 25.

MORE: One Direction warned of fans age restrictions on tour

Watch the video for One Direction "You & I":