One Direction's version of Blondie hit 'One Way Or Another' is set to become the biggest selling Comic Relief single of all time, after it has topped the iTunes charts in 63 countries. 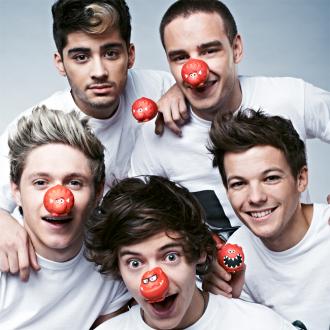 One Direction's 'One Way Or Another (Teenage Kicks)' is set to become the biggest selling Comic Relief single of all time.

The boy band's version of the Blondie song is already at the top of the iTunes charts in 63 countries worldwide - including the UK, US, Canada, Mexico and Singapore - and expected to raise more money for the charity than any other track they have released.

Kevin Cahill, chief executive of Comic Relief, said: ''We couldn't have asked for a better band to record the official Red Nose Day single in our 25th year.

''It's an absolute coup and the first time ever we have a massive global-selling single for Comic Relief.

''Their genuine commitment to the work we fund is touching and I know that their contribution will raise a huge amount to make a real difference.''

One Direction visited Accra in Ghana, Africa, earlier this year where they got to see first hand the difference Comic Relief makes in some of the poorest communities on earth.

The band - Niall Horan, Harry Styles, Liam Layne, Zayn Malik and Louis Tomlinson - described the trip as ''the best'' and most ''amazing'' experience they have ever had.

Niall, 19, posted on his Twitter account: ''Just arrived back from Accra, Ghana! Best experience ever! This @rednoseday please get involved!

''I've seen the slums right in front of me! This is no joke! They really need your help! Poverty is real! (sic)''

The band will perform 'One Way Or Another (Teenage Kicks)' live for the first time tonight (20.02.13) at the BRIT Awards, held at London's The O2 venue.