Beginning of the End? One Direction Sign INDIVIDUAL Publishing Deals

Do the individual publishing deals suggest the boys are thinking about life after One Direction? Ah, we was wondering when this was going to happen. One Direction have added a couple more million to their bank accounts, though this time they're thinking for themselves. Harry Styles, Louis Tomlinson, Niall Horan, Zayn Malik and Liam Payne have signed SEPARATE publishing deals to cash in on all songs they have credits for writing.

It's a clear sign that the boys are beginning to look after their own interests following the phenomenal success of their first couple of years in the industry. The publishing deals are being overseen by Fingate, the company who also cash in on Elvis Presley's back catalogue as well as work by Britney Spears, Black Eyed Peas and Foo Fighters.

A source said: "This is a real statement of intent from the band. They have absolutely no intention of being spoon-fed pop puppets. They want to write and they want to earn as individuals." As well as the new deals, each of the five members have also invested in their own studio set-ups at home and have been attending writing sessions together after gigs. On their latest record Take Me Home, the band had three songs with individual writing credits while the others were penned by outsider songwriters. The group did not have a hand in writing the three biggest hits from the album, Live While We're Young, Kiss You and Little Things.

Elsewhere in the money-making world of One Direction, the group recently hosted a launch part at the Gherkin in central London for their new ladies' fragrance, Our Moment. "I've tested it on my family and they love it - and we can't wait to show it to our fans across the world," tweeted Niall. It hits Harrods' shelves on August 23, 2013. 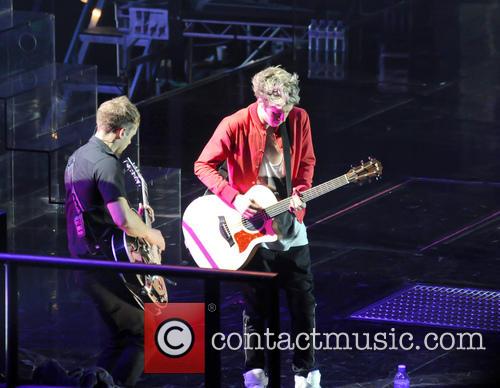 Rumours Have Suggested Harry Styles May Be Going Solo