The Postponement Of One Direction's Show In Northern Ireland This Week (Beg19oc15) Sparked A Backlash After Venue Bosses Axed An Ice Hockey Game For The Concert. 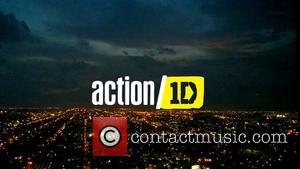 The boyband's gig in Belfast on Tuesday (20Oct15) was cancelled at the last minute after Liam Payne fell sick, and organisers rescheduled the show for Friday (23Oct15).

A double-header match between the Belfast Giants and the Sheffield Steelers, which was due to take place at the SSE Arena on Friday and Saturday (24Oct15), was postponed to accommodate the rescheduling, and now the owner of the travelling side has expressed his outrage over the decision to change the fixture.

"This is unacceptable and not the end of the matter," Steelers owner Tony Smith says.

"We are disappointed that the game isn't proceeding not only for ourselves but for the many fans who have already booked their travel, hotel and game night tickets," operations director Shaun Smith adds to Belfastlive.co.uk.

"We certainly aren't happy with the late postponement. We believe this is a commercial decision taken by the arena in Belfast that will certainly inconvenience, disrupt and hurt financially both the club and our supporters. We await further communication with Belfast in due course."

However, venue bosses have defended the decision to change the fixture to make way for One Direction.

"We are extremely grateful to the Belfast Giants and Sheffield teams and apologise to their fans for the inconvenience caused," says Neil Walker, general manager of the SSE Arena. "We are very grateful to them for their understanding and accommodation of the nearly 10,000 young concert fans who were so devastated by the cancellation..."

The nature of Liam's illness has not been revealed, but his bandmate Harry Styles insisted they were all devastated to call off the show.

"He was trying to get there... and he was just very, very ill," Harry told British radio DJ Chris Evans on BBC Radio 2. "To be honest we feel kinda lucky that we got to this point and never cancelled one (concert), so obviously we're all very disappointed...

"But it happened so late because we were trying to get on and then it was just impossible, he wasn't well enough so we very, very much apologise to everyone. We're very sorry. We're very disappointed ourselves, as I said."