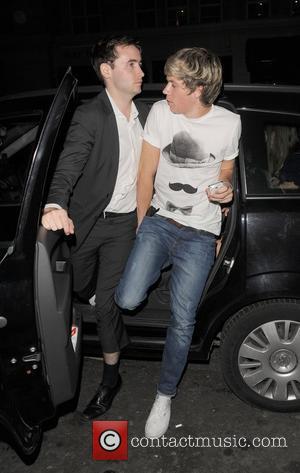 Picture: One Direction band member Niall Horan enjoys a night out at Funky Buddha nightclub, celebrating the birthday of the band's drummer When Niall left, he...

British pop stars One Direction have settled a dispute with an American band of the same name after their U.S. counterparts agreed to change their moniker.
The boy band became embroiled in a legal battle over their name after shooting to fame on the U.K. version of The X Factor in 2010.
The American One Direction filed a trademark lawsuit against the What Makes You Beautiful hitmakers and their representatives at Simon Cowell's Syco Entertainment and Sony Music, and the Brits subsequently hit back with a countersuit.
However, it has now emerged the dispute has been settled after the California-based singers agreed to change their name to Uncharted Shores.
One Direction will be able to continue without change. Both parties are said to be happy with the resolution.