One Direction’s Liam Payne Calls It Quits With Danielle Peazer 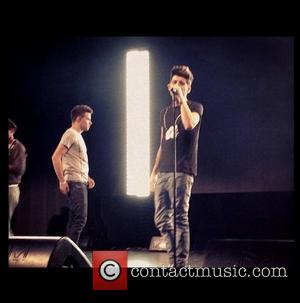 Picture: One Direction posted this photo on Instagram with the caption, 'Soundcheck at iTunes Festival'

One Direction’s Liam Payne has split from his girlfriend Danielle Peazer, according to a source close to the band. The 19-year-old had been dating the dancer for two years and the pair moved in together earlier this year, though it appears increasing work commitments proved too much to handle.

An insider told the Daily Mirror, “They have split in the last few days because it has been more and more difficult to keep the relationship going with Liam spending more and more time away…He has hardly been able to see Danielle in recent months and the band have a world tour next year so it was only going to get harder.” So there you have it, it looks as though Christmas has come early for One Direction fans, but could it have been a couple of over-excited 1D followers that caused the breakup in the first place? Another source told The Sun that Danielle had decided that the Twitter abuse she regularly received was too much, saying, “It was getting impossible to keep it going…They were apart so much and everything that was being said to Danielle on Twitter was getting to her.” In other One Direction news, the band has been accused of ripping off seminal rockers The Clash on their new single ‘Live While We’re Young’. Angry Twitter users have hit out at the young scamps for allegedly copying the bars of the legendary band’s classic track ‘Should I Stay Or Should I Go’. Listening to it ourselves, we find it hard to disagree.