One Direction Confirm Plans For A Fifth Album

The foursome have indicated that they will make a fifth album, squashing rumours of a split.

Amid rumours from some quarters that a split was on the horizon, global chart conquerors One Direction have dismissed such negativity and confirmed that the band will apparently record a fifth album.

Speaking at the inaugural BBC Music Awards, band member Niall Horan said when asked about the possibility of a new full-length record: "Yes, there will be.” There seemed to be some cross-communication, though, because his colleague Liam Payne had just confusingly commented “we're just so happy that this album (i.e. Four) has gone really well for us and it's kind of given us somewhere else to go with music now, if we do happen to do another one..." 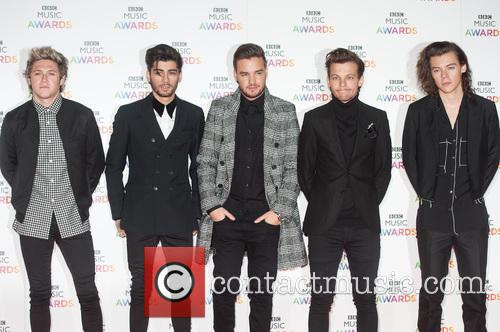 1D, pictured here at the BBC Music Awards on Thursday, confirmed that there will be a fifth album

The news has already been pounced upon and devoured by 1D’s hordes of fans. Some might think: don’t go breaking young hearts by writing cheques you can’t cash, guys. But comfortingly for them, Hollywood Life has also reported the existence of plans for a new record via an interview on Instagram.

More: 1D’s Zayn Malik hates the scrutiny of the spotlight

In the recent past, rumours have had it that Zayn Malik is looking for a way out of the constant media scrutiny of life in One Direction, and it is this that has fuelled the wider whisperings of a split.

Back in their native Britain, the band are scheduled to perform on Simon Cowell’s talent show vehicle ‘The X Factor’ at the weekend, the show which spawned them back in 2010. Their new album Four was released nearly a month ago and topped charts on both sides of the Atlantic. In the US, that made them only the third group in history to have four studio albums debut at Number 1.