The world famous One Direction has followed up the news of their upcoming fourth studio album with the news of the first single set for release next month.

One Direction have announced their new single, 'Steal My Girl', ahead of the release of their new album, 'Four'. The single is due to be released on the radio for the first time on the 29th September, 2014, and it is currently available for pre-order in the UK and Ireland. It will receive a full release on Sunday 12th October, 2014. 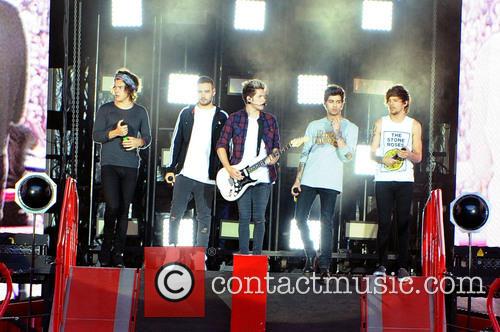 One Direction are set to release 'Four' in November, 2014

The single has been written by Louis and Liam, two of the band's member, along with outside help from Ed Drewett, Wayne Hector and frequent collaborators, Julian Bunetta and John Ryan. This is the same writing team behind last year's 'Best Song Ever' - an insanely popular track that gained favourable reviews for the band. It has also been produced by produced by Bunetta, Ryan and Paro Westerlund.

More: Are One Direction Splitting Up?

Love them or hate them, it's hard to deny that One Direction has completely taken the world by storm. The first track to be released for the album, 'Fireproof', was posted to their website along with the announcement for the upcoming album. The track was available for free download, and it quickly became the most downloaded free track ever.

More: The Top 20 One Direction Songs

It's strange to think that One Direction has only been around for four years, as it's hard to remember a time when they weren't dominating the charts. The band has released a massive 94 number ones and sold over 46 million records. Liam, Harry, Louis, Niall and Zayn have also been steadily taking over social media, becoming one of the most well-known bands of all time.