One Direction Moving On After Zayn Malik's Departure

Don't worry, Directioners, the show must go on.

First they were afraid, they were petrified, kept thinking they could never live without him by their side... but One Direction seem to have moved on from Zayn Malik’s departure fairly quickly. So says Niall Horan, in a series of tweets which revealed that the band is already planning a return to the studio. 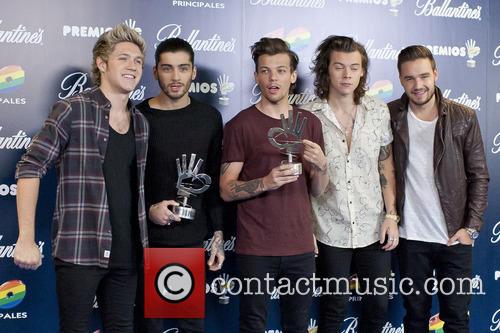 One Direction are now going in separate directions.

He wrote: "Had a sit down last night with the label, started organising our writing sessions for the next album! F**k yeaaaahhhh! Can't wait!"

Well, that was fast. Unfortunately, it’s too early for any actual news – such as collaborators or projected release dates. And the band have made their return to the live stage as a quartet, playing to a crowd in Johannesburg, South Africa, last night. Zayn’s absence definitely didn’t stop the screaming fans from showing some 1D adoration.

More: Can One Direction Truly Be Called The New Beatles?

More: So, Are One Direction Splitting Up?

Had a sit down last night with the label , started organising our writing sessions for the next album! Fuckkk yeaaaahhhh! Can't wait !

Clearly, the four remaining members have had no trouble moving on with their career. We’re rooting for Zayn to do the same as a solo artist. Let’s just say, next year’s charts are going to look preeetty interesting.