The double AMA winners' new album is here and has already topped the iTunes chart.

One Direction sure do have reason to celebrate this week: not only did they scoop of two American Music Awards at the weekend, but now their third studio album Midnight Memories has shot straight to number one on iTunes upon its release. 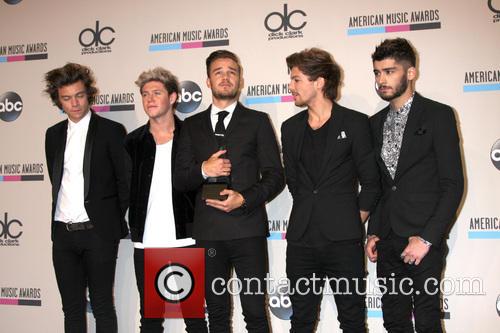 Like Them Or Not: One Direction Are On Top Of The World.

The new albums, described as having "a slightly rockier tone" by the band, has also broken Amazon's record for the fastest selling album. Then again, they held the previous record too, for 2012's Take Me Home. Midnight Memories has shot to No.1 in every single iTunes top 10 list - a mind-blowing feat that includes chart domination in countries including the U.K., the U.S., Canada, Ireland, Japan, Germany, France, Australia, New Zealand, Switzerland, Austria, Spain, Poland, Italy, Denmark, Sweden and more, according to The Examiner. 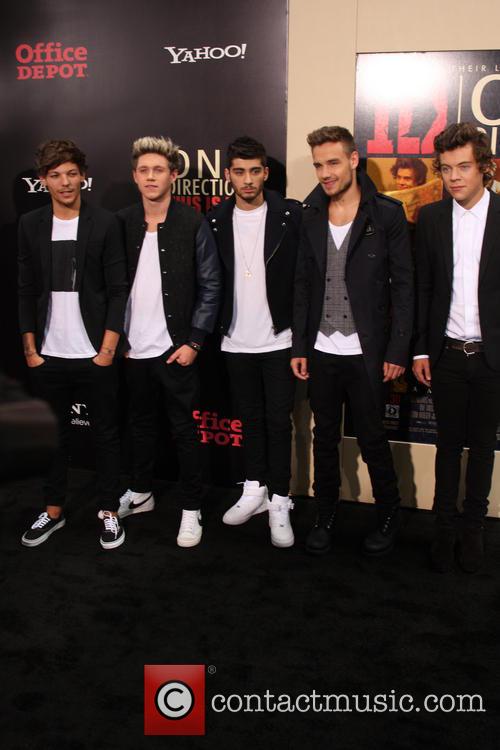 The Band Have Topped iTunes Charts In Countless Countries.

The five 1D guys are still in the US, having attended the weekend's AMAs where they picked up the Favourite Pop/Rock Album and Favourite Pop/Rock Group awards. So far the band have worked hard to promote their new material (like they needed it!) by appearing on both the UK and US versions of The X Factor in one week. The publicity doesn't stop there though; they also have a few more television appearances scheduled in, including Good Morning America.

To add to the boys' album pride, every single released from Midnight Memories so far - 'Midnight Memories,' 'Best Song Ever,' 'Story of My Life,' 'Diana,' 'Midnight Memories' and 'Strong' - have each reached No.1 in multiple countries. We'll know by Sunday whether 1D have managed to conquer the official UK album charts but we think we've got a pretty good guess.

Listen To 'Story Of My Life':

Clearly, Directioners have reacted in their enthusiastically buying and tweeting hoards to Midnight Memories' release but critics apparently haven't been so easily charmed by the cheeky and ever-impeccably coiffed fivesome.

The Telegraph are in fact rather enthused by the new work, saying "The rhythms are solid four to the floor flavoured pop rock, with chunky guitars and soaring anthemic choruses, like Kelly Clarkson channelling McFly." However, The New Zealand Herald are less impressed: "[Midnight Memories] is just another album of pop, and a very long one at that [...] Some songs are as forgettable as they are disposable." 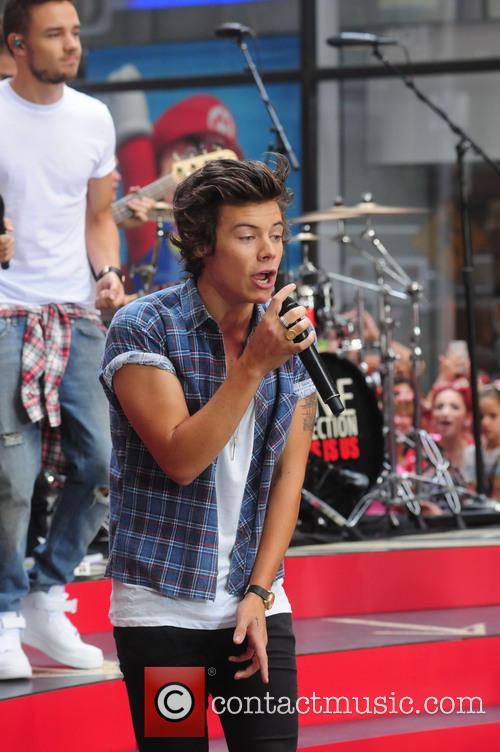 Critical Reception Has Been Mixed.

Interestingly, The Guardian praised One Direction for keeping it classy amidst a music biz that contains characters like Robin Thicke, remarking"the vast bulk of Midnight Memories remains emotionally charged rather than carnally inclined, with not a soupçon of R&B anywhere and love songs galore." Whilst The Idolator nodded at the "arena-sized choruses" albeit "filtered through with an additional radio-pop sheen."

But are Directioners really likely to pay any attention to reviews?