Whether he’s writing for himself or not, he’s clearly making a name for himself outside of 1D’s music. On Ariana Grande’s upcoming record, My Everything, Styles has a co-writing credit on ‘Just a Little Bit of Your Heart,’ and it’s going to be produced by duo Max Martin and Shellback. It’s going to be the first taste we get on what a possible Harry song could sound like, despite the fact that it’s going to be sung by Grande. The most important part here is that her upcoming album is expected to be huge, and this is a big stage for Styles to showcase potential he has as an outside writer. The best case scenario that everyone in Styles’ camp is hoping for is probably Robbie Williams #2, who gained success in his group Take That before blowing up while solo, and it’s definitely a possibility for Harry. 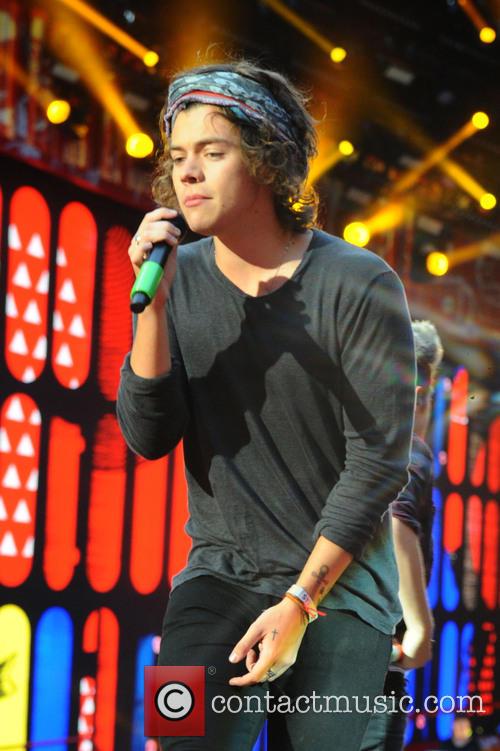 Now, official Harry solo music most likely isn’t going to come anytime soon, and he’s not leaving One Direction behind for it. The group just recently signed an enormous record deal that’s got them locked into two more studio albums and a greatest hits release. That first of two albums is expected to be out by the end of the year and should feature more writing from the guys than ever before. Liam Payne recently took to Instagram to say that he’s been up “writing a dance banger,” while Niall Horan was writing songs with McFly back in March. With all of the writing Styles has been doing, it isn’t clear whether the songs for other artists are in addition to the ones he’s doing for the group -- but whatever he’s doing is going to undoubtedly help perfect his craft when One Direction is history.