The boys have given their first interview since the departure of Zayn Malik.

It’s been a tough couple of weeks for One Direction and the group’s legion of fans, but it seems the boys are beginning to come to terms with Zayn Malik's exit. Speaking for the first time since Zayn's departure, the band assured fans they would continue, despite going from a five piece to a four some in the past month. 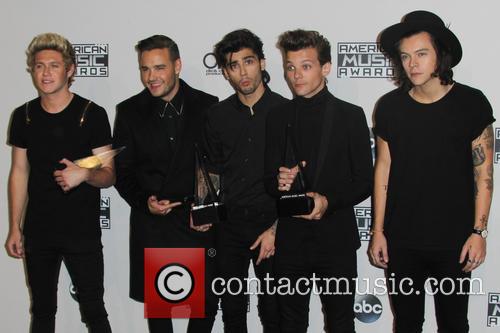 Don't cry fans: One Direction will carry on without Zayn Malik.

Speaking to The Sun newspaper Liam Payne said, “We’re gutted that Zayn chose to leave but now after a few performances as a four piece, we’re feeling confident and are determined to carry on stronger than ever.”

The 21 year old also added that he past few weeks had "probably been the toughest" in the band's five year history. But despite the hard times this is by no means the end for the world’s biggest boyband.

"All four of us are 100% committed to staying in 1D,” Louis Tomlinson added. The group were speaking from Dubai as they prepared to take a break from the road after performing the last gig of their current tour.

Harry Styles, who had been pictured being particularly emotional on stage after Malik’s departure, also told the newspaper the band were now working on their next record. Calling the album a tribute to the fans, Styles added it was, "A huge thank you to them for everything they've done for us all. All the love to them.”

Since announcing his departure from One Direction on March 25th, Zayn is said to be working on solo material, heading to the studio with producer Naughty Boy. The 22 year old is  thought to be currently enjoying a holiday with fiancee Perrie Edwards, who he’s been pictured looking loved up with in the South of France.