One Direction axe Belfast gig due to illness

One Direction have apologised to fans after being forced to cancel their gig in Belfast because member Liam Payne was ''taken suddenly ill.'' 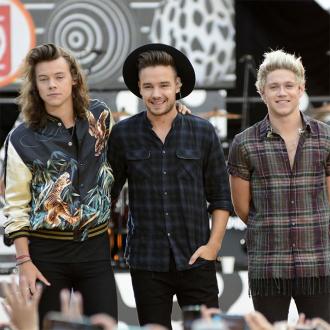 One Direction have apologised to fans after being forced to cancel their gig in Belfast last night (20.10.15).

The 'Drag Me Down' hitmakers were ''very disappointed'' to have to axe the concert at the SSE Arena just minutes before they were scheduled to go on stage when member Liam Payne, 22, was ''taken suddenly ill.''

A spokesperson from the venue appeared at the eleventh hour to inform shocked fans the concert would not going ahead and Liam's bandmates took to Twitter to share their disappointment shortly afterwards.

Louis Tomlinson, 23, wished Liam a speedy recovering, writing: ''We're so so sorry for what happened tonight, it was out of our control! Lots of love to Liam and thank you for being so understanding!''

Niall Horan, 22, later added: ''So sorry we have had to cancel tonight guys. Unfortunately these things happen... Thank you to all who came down tonight!''

Explaining the sudden cancellation, the band's publicist Simon Jones said: ''Liam has been taken suddenly ill, and the concert will sadly not be taking place. Fans have been asked to hold on to their tickets and there will be a further statement tomorrow. The band apologise to their fans and wish Liam well as soon as possible.''

It is not yet known what Liam is suffering from, but he also pulled out of the Attitude Awards in London at the last minute last week.

But concert promoters Aiken PR have assured fans his condition is ''not serious,'' saying: ''The show tonight has been cancelled as Liam has [been] taken ill, and whilst not serious, he is unable to perform tonight.''

One Direction have just seven more dates to perform as part of their 'On The Road Again Tour,' including two more dates in Belfast, before taking an extended hiatus.