Kicking off in February 2015, the band will be taking their On The Road Again tour across the globe.

One Direction's global fan base will have a chance to see their favourite five-piece band live in 2015 as they are hitting the road once again, and this time taking their On The Road Again tour all over the world. 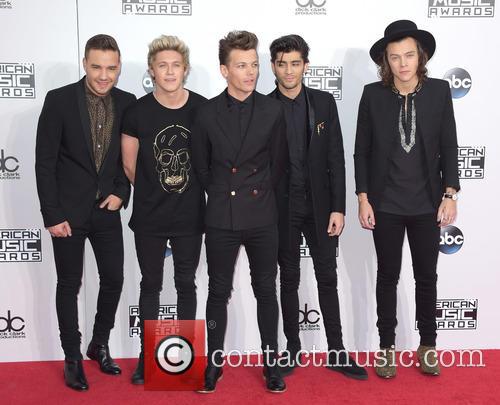 The former X-Factor contestants announced the exciting news via a video posted on Saturday (Nov. 29) on Twitter, and confirmed their huge tour will kick off on Feb. 7, 2015 in Sydney Australia, before reaching North America on July. 9 in San Diego, California, and finally wrapping things up on Oct. 30 in Sheffield, England.

More: Despite Their Stylish Looks, One Direction Insist They're Not High Maintenance

All dates can be found on the tour's official site.

One Direction will be heading out on their concert tour after closing this year in a very successful way as their fourth studio album 'Four' debuted No.1 on the U.S. Billboard charts, and in the process make music history.

In the music charts' 58-year-old achieve, 1D are the first act ever to have all four of their albums debut at number one.

The band also had a hugely successful night at the American Music Awards just last week, winning three awards for Artist of the Year, Favourite Pop/Rock band and Favourite Pop/Rock Album, as well as giving a near-perfect performance on their hit track 'Night Changes.'