One Direction And Girls Aloud Among Children In Need Acts 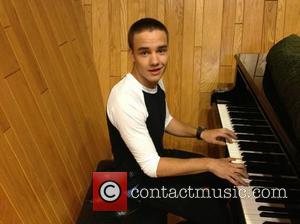 Picture: One Direction posted this image of Liam Payne on Twitter with the caption: Liam playing some tunes!

One Direction, recently-reunited group Girls Aloud, Susan Boyle and Leona Lewis are among the musicians who have signed up to appear on a U.K. Tv children's charity fundraiser next month (Nov12).

The Script, Paloma Faith, Il Divo and girl band Little Mix will also take to the stage during the Children in Need telethon on 16 November (12).

One Direction will kick off the night's broadcast, before Girls Aloud take to the stage to perform their track Something New, the official single for the fundraiser, and Robbie Williams tells the story of a family supported by the charity.

British Olympic and Paralympic heroes, including Tom Daley, Rebecca Adlington and Ellie Simmonds, will also appear during the telethon, making a music video set to Basement Jaxx's Do Your Thing, and Doctor Who star Matt Smith will star in a special prequel to the show's Christmas (12) special.

Co-host Sir Terry Wogan, who is also the BBC Children in Need Life President, says, "We head for what we hope will be another record-breaking total for the people's charity. Every year of BBC Children in Need is a shining tribute to the extraordinary generosity of the British people."