Despite Their Stylish Looks, One Direction Insist They're Not High Maintenance

One Direction are, quite simply, the best Artist of the Year. While this fact is already known by many of the boy band’s fans, it was unanimously proved at the American Music Awards when the boys scooped the Artist of the Year award and Favourite Pop Group. 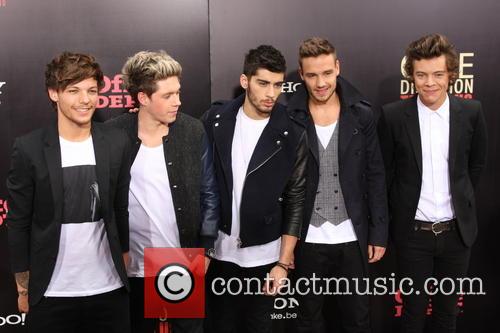 The boys were crowned Artist of the Year at the AMAs

But having all this fame, fortune and adoration must have changed them in so many ways - surely they’re higher maintenance than they ever were?

Apparently not, in fact, these boys are "ok", although Harry didn’t totally agree with his bandmates.

MORE: Are One Direction Splitting Up?

A sentiment to which his bandmates all disagreed.

As they got ready to take to the stage at the awards ceremony, the boys also revealed that they do still get nervous performing.

MORE: Can One Direction Truly Be Called The New Beatles?

Liam Payne said: "We do get nervous when it’s in front of this many famous people."

Despite their red carpet jitters, the boys pulled a stellar act out of the bag once they did get up stage and were greeted with raucous applause as they performed their latest single, Night Changes.