Simon Cowell has addressed rumours about the longevity of One Direction’s planned ‘break’ in 2016.

Simon Cowell has addressed rumours that One Direction are permanently splitting up. The boy band, which is down to four members after the departure of Zayn Malik in March, devastated their fans earlier this week when they announced they plan to take a temporary break. 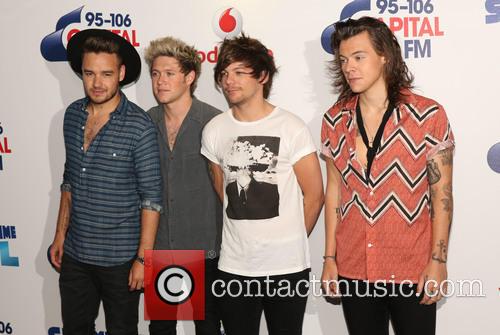 One Direction are taking a break next March.

The news was announced on Monday (24th August) when One Direction confirmed the rumours via Twitter that they would be taking a twelve month hiatus beginning in March 2016. All four members – Harry Styles, Niall Horan, Louis Tomlinson and Liam Payne - have vehemently denied they are splitting up permanently. However, despite the band’s promises on Twitter, their fans are still worried that the group are planning on calling it a day.

Cowell, who helped form the band in 2010 on The X-Factor UK, has spoken out about the rumours of One Direction’s alleged permanent split. Cowell was asked about the band’s fate at the launch of the upcoming season of X-Factor, as the Mail reports. He claimed to have been aware of the band’s decision to take a break for some time and hoped they would remain together.

“I've known for a while that they were going to take this year off. They had to because of their workload,” 55-year-old Cowell said.

“I did what I've always done with the guys and said you make your own decisions and I hope you stay together, but you've got to want to do it yourself so they're smart guys, they'll work it out.”

Cowell further alluded to the possible reasons behind their break – beyond the group’s desire to work on their own projects – and claimed they were all “exhausted” with their “gruelling schedules”.

“Look, even though they're young, that is a gruelling schedule and after a while I could see they were exhausted,” Cowell said when asked about how the group cope with their success. “So when they said, "How do you feel about it [the band taking a break]?" I said, "Do whatever you want." Having a year off is going to be a healthy thing.”