Gallagher sounded off again about Zayn's departure from 1D almost three months ago on James Corden's 'The Late, Late Show'.

Noel Gallagher has spoken out on Zayn Malik’s departure from One Direction in a new interview, expressing disbelief at the star’s choice not to tough it out with the group as, in his view, they have “at most, five years left”.

The former Oasis songwriter was talking to James Corden on ‘The Late, Late Show’ on Monday night, and said that he failed to grasp why Zayn would choose to quit the band when the group had a limited lifespan in any case. “I can't understand why he would do it,” he said, “because they've only got, at most, five years left.” 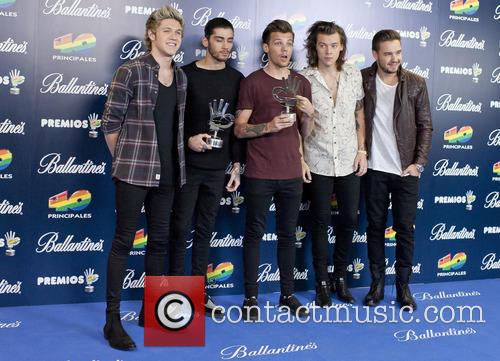 One Direction in happier times

Having been in a band with his brother Liam for fifteen years, with whom he has a notoriously fractious relationship, the elder Gallagher said what Zayn should done instead. “He should just stand at the back, smoke weed, get laid, just pick the cheque up and go home. But he should get himself a good accountant.”

Gallagher, always one to give great quotations, has previously commented on Malik’s departure from the band beforehand. “It's a strange thing for that lad to have done at that age. The greatest quote was - I laughed out loud when I read it, 'I just want to be a normal 22-year-old'.”

He finished that first rant, delivered almost a month ago to Rolling Stone, by advising: “I'll say this to you, Zayn, You might have wanted to be a normal 22-year-old, but you won't want to be a normal-25 year-old!”

More: Taylor Swift wins all of the things at the Billboard Music Awards 2015