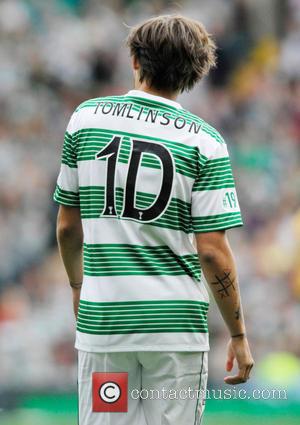 Louis Tomlinson announced last month that he had signed for Doncaster Rovers on non-contract basis - a sort of PR stunt really, though reports suggested Tomlinson was actually pretty good.

However, it's a good job that he hasn't the time to regularly lace his boots for the League One outfit given the rough ride he was given during a charity match at Celtic Park over the weekend.

The game was organised by former Aston Villa captain and Bulgaria international Stiliyan Petrov, who retired from the game in May having been diagnosed with leukaemia in 2012.

But 21-year-old Tomlinson's game ended prematurely when he was left hobbling from a crunch tackle courtesy of Aston Villa and England international Gabriel Agbonlahor. The pop-singer was clearly in pain and vomited on the sidelines as medical staff tried to help.

Martin O'Neill, the former Aston Villa and Celtic manager who was manager for the day, gave a statement on Louis' condition though it was perfectly in-keeping with his no-nonsense attitude, "Agbonlahor smashed into him and he picked himself up and then was ill in the dressing-room area, but he's not too bad now I think.He had to rush off, but I think he's fine. He doesn't know where he is, but he's fine. He was genuinely ill, but he's OK now."

In fairness to Agbonlahor, the striker stated his intention to apologise to the singer, telling BBC News, "It was one of those things. I'll apologise to Louis when we meet up. I know he enjoyed playing in the game and it's fantastic that he took time out to be here."

Actor Martin Compston  also took a couple of heavy challenges throughout the game, though joked, "I was feeling a bit rough before the game, but everyone put an arm round me and I think I fared a wee bit better than the guy from One Direction by the look of it."

Tomlinson's boy band One Direction became the first British group to debut on top of the Billboard 200 when their Up All Night album shifted more than 175,000 copies in the U.S.

Stiliyan Petrov XI won the game 5-3 thanks to a hat-trick from Fulham striker Dimitar Berbatov.

See all our pictures from Stiliyan Petrov's charity football game. 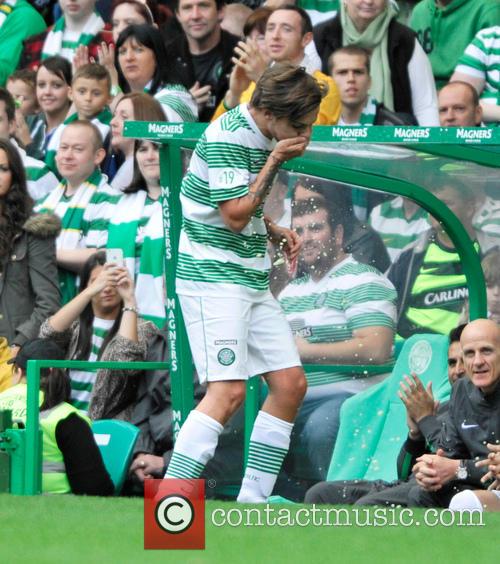 Louis Tomlinson Doesn't Feel Too Well After The Challenge 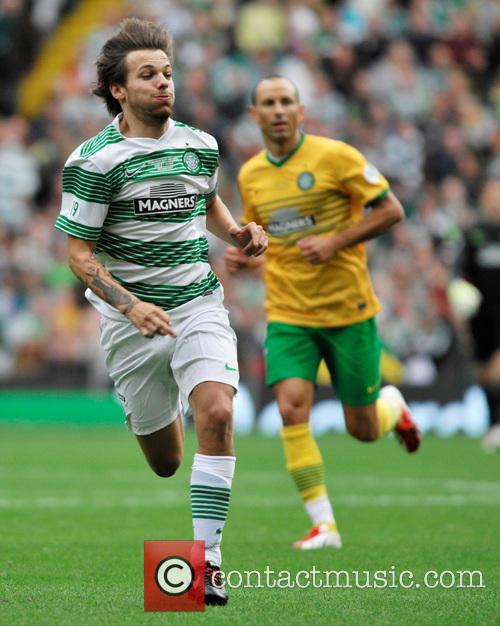 Louis Tomlinson Had To Be Subsituted After The Tackle 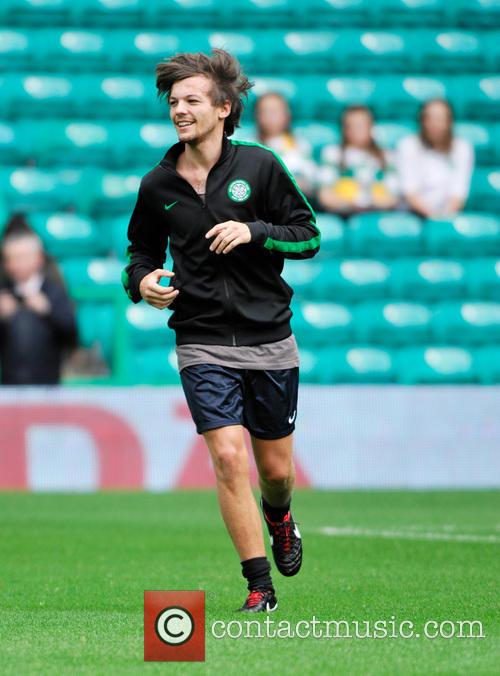 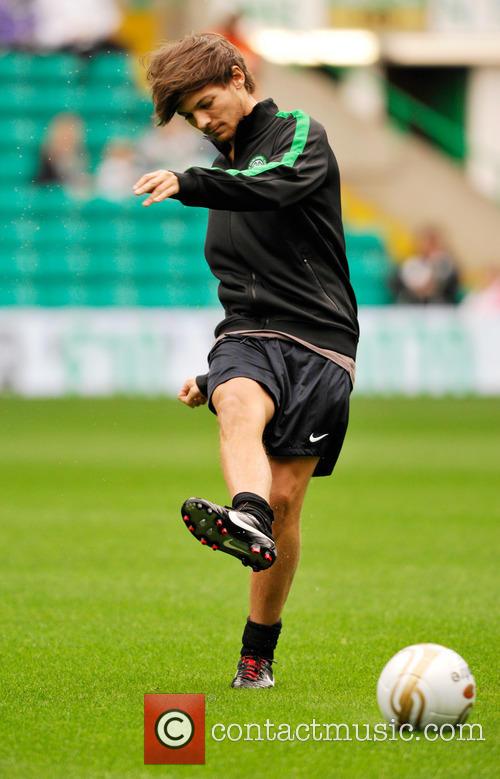 Louis Tomlinson Sliding A Nice Pass Along The Turf