Liam Payne Was Drunk While Collaborating With Miguel 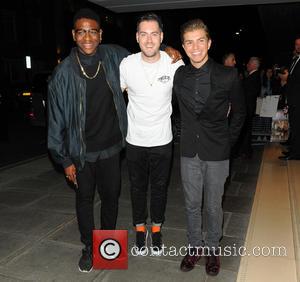 Picture: Guest - 'One Direction: This Is Us' - After Party at the Sanderson Hotel - London, United Kingdom - Tuesday 20th August 2013

One Direction's Liam Payne made a lasting impression on singer Miguel by showing up to the studio drunk when they joined forces to collaborate.

The pop sensation teamed with the Adorn hitmaker for a songwriting session, but admits he was "really, really" intoxicated while they worked.

He tells Britain's The Sun, "I was really drunk in the studio recently. I met Miguel. I think he's so good, we got on and so he said, 'Come to the studio.' We did a track together but I was really, really drunk.

"I went to see him the next day and had to ask him to tell me what kind of things I was saying."

Despite his inebriated state, Payne was impressed with their efforts and he hopes another artist will record the track: "I want to try to give it to someone because I think it's a really good dance song. Don't worry, I've listened to it sober!"