Congratulations One Direction, You're now worth £26 Million 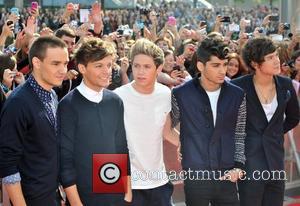 The members of One Direction have displaced the likes of Adele, Cheryl Cole and Leona Lewis in the annual list of Britain's richest under-30s. Though we've no idea how Heat magazine managed to get hold of the bank details of the X Factor stars, they've apparently earned a combined £26.33 million since arriving on the pop music scene.

It means Niall Horan, Liam Payne, Louis Tomlinson, Harry Styles and Zayn Malik are in at No.5 on the list - which seems slightly unfair to those relegated this year. Anyone can lump five very rich people together and say they're a collective moneymaking outfit, watch us. Mark Zuckerberg, Bill Gates and Brad Pitt. Anyway, the rules seem to have been bent for the young pop-stars, who knocked Rupert Grint out of the No.5 spot (though Grint teamed up with Daniel Radcliffe and Emma Watson would be another matter). It was in fact Radcliffe who continued to dominate the chart with a net fortune of £53.33 million. Robert Pattinson moved up to No.2 with £38.73 million, while Keira Knightley was No.3 with £32.7 million.

One Direction become worldwide stars after their debut album Up All Night topped the charts on both sides of the Atlantic. Their second record Take Me Home is scheduled for release on 12 November 2012, once again through Syco Records.