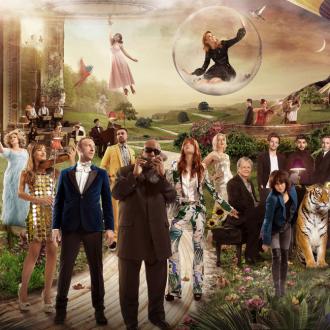 One Direction, Pharrell Williams, Stevie Wonder, Sir Elton John and Chris Martin are among the stars to have joined forces to cover 'God Only Knows'.

The 27-member supergroup - which also includes Kylie Minogue, Dave Grohl, Florence Welch, Lorde, Brian May, Emeli Sande, Sam Smith and Jake Bugg - have recorded a version of the Beach Boys' classic hit under the name The Impossible Orchestra to launch the new BBC Music season and the song was played simultaneously across the network's TV, radio and online channels at 8pm last night (07.10.14) and is now available to buy, with proceeds going to BBC Children in Need.

The Beach Boys' Brian Wilson was also involved in the record and feels ''honoured and humbled'' to have his song chosen.

He said: ''I just feel so incredibly humbled that the BBC would choose 'God Only Knows' to promote their new music initiative. All of the artists did such a beautiful job I can't thank them enough.