Olly Murs will perform at this year's The Big Feastival

Olly Murs is set to headline The Big Feastival and celebrity chef Rick Stein will be on hand to rustle up a feast. 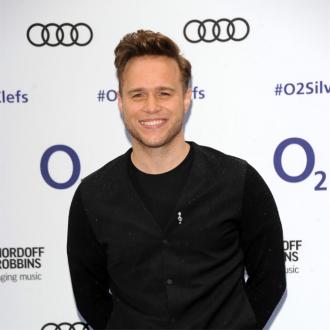 Olly Murs is set to perform at this year's The Big Feastival.

The 32-year-old musician is set to provide the entertainment at the annual music and food bash, which will take place on Alex James' Farm in The Cotswolds, Oxfordshire, from August 25 to August 27, whilst celebrity chef Rick Stein will be on hand to teach and rustle up feasts in the NEFF Big Kitchen.

The 'Troublemaker' hitmaker will take to the stage on Saturday night, but he won't be the only musician to put on an unforgettable sat over the weekend as Louisa Johnson and Hacienda Classical will also perform at the event, whilst Madness will helm Sunday's show.

And the founder of the festival, Alex James, is ''honoured'' to see The Big Feastival return for a sixth year.

Speaking about the upcoming event, which partners with NEFF, Renault, BBC Music and Roald Dahl's Marvellous Children's Charity, he said: ''It's an honour to host The Big Feastival on the farm for the sixth year running. With the incredible line-up, there's something for the whole family... This is going to be our biggest and best year yet. Last year tickets sold out in record time and we know it will be no different in 2017.''

As well as the performances from recognised bands and vocalists, and upcoming artists, the festival will also showcase British Street Food newcomers such as Smokestak, as well as CLAW, popular burger bar Patty and Bun and award-winning dessert company Crema Caravan.

Tickets for the camping, the entire weekend or single days are on sale now from thebigfeastival.com.