Meanwhile, Caroline Flack dismissed rumours that the under-fire presenter was about to be sacked from the ITV singing competition.

Having apologised profusely for his hideous gaffe during last weekend’s episode of ‘The X Factor’, co-presenter Olly Murs has hit back against criticism of him, saying that the blunder has now been “massively blown out of proportion”.

On last Sunday’s episode (November 15th), Murs accidentally announced that contestant Monica Michael was going home before the actual result was announced that evening, leading to a huge backlash of criticism directed at him, with some speculating that he might even get fired, though he tweeted a quick apology for his “massive f*** up” via Twitter the same night. 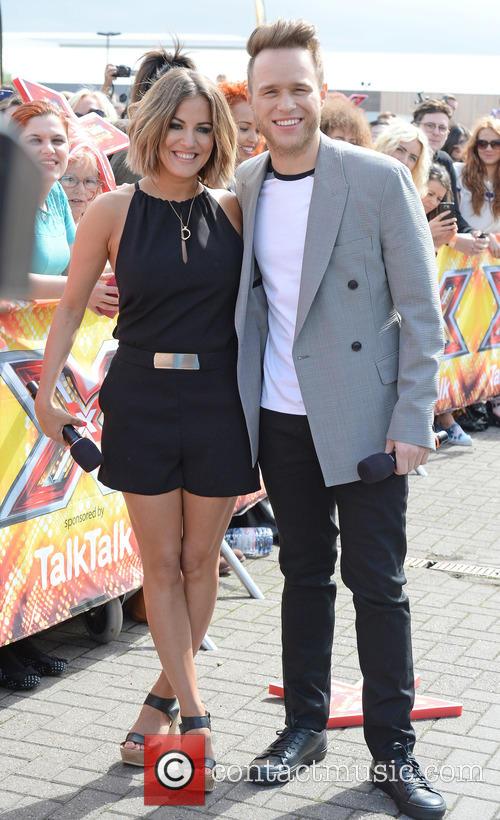 Speaking at the red carpet event ITV Gala on Thursday night, the 31 year old defended himself. “I think you need to put it in perspective with everything that's going on in the world,” he reflected. “At the end of the day, I made a single mistake at a critical point in ‘X Factor’ which was massively blown out of proportion.”

Murs is, of course, a former beneficiary of the ITV talent show, finishing as the runner-up in the sixth series of ‘The X Factor’ in 2009. He also denied that his mistake was proof that the results of the show were fixed.

“I had no idea Monica was going until I got the envelope. And it was just a really awkward moment for me because I made a stupid mistake,” he insisted.

Speaking about the reaction of head judge Simon Cowell after the show had ended, he said that he was relieved not to be bawled out. “I was expecting a telling off if I'm honest but I didn't get one which was nice. I saw everyone after, I saw Monica, I saw all the judges and said I was so sorry and let myself down.”

Meanwhile, Caroline Flack also broke her silence over the unfortunate incident on Thursday, rubbishing claims that Murs was about to be dumped from the show in a new interview with OK! Online.

“He's not going to be sacked! He made a mistake. I think Simon is a lot more real than that. Simon was great,” she said. “You know, Olly was gutted. There's no blame game, no nothing. But bless him, I did feel for him.”