A Spokesperson For Olly Murs Has Confirmed Reports The British Pop Star Has Split From His Girlfriend. 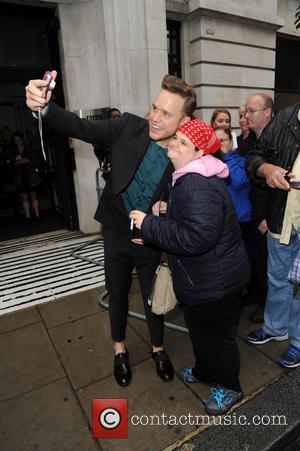 The Troublemaker singer began dating property developer Francesca Thomas in 2012, but a report over the weekend (27-28Sep15) indicated the pair had split earlier this month (Sep15).

A representative for Murs has now confirmed the news to Digitalspy.co.uk. The singer had not commented as WENN went to press.

Murs previously hinted at plans to start a family with Thomas.

"I would like to get married and settle down," he told Britain's Daily Mirror newspaper in January (15). "Every man wants to get married, have kids and settle down and be a family. For me it's about when it's the right time. That's the hardest part, figuring out when the time is right.

"Also, you have to be in the right frame of mind for it all. For me it's still a long way off because of my career, but as long as I have a partner that understands that and wants to be part of that journey it's fine. At the moment everything is great between us.

"So there is just no point planning these things. I prefer to be spontaneous and not planning anything. We wouldn't be together if we were having these kind of problems."